Racing in F1 is notoriously expensive. With engines costing around $12 million each and entry fees alone running into the millions, you’ll need more than the change down the back of the sofa to get started. But just how much would it cost to start your own F1 team?

Now, we can’t give an exact figure, but we can look at the rules and regulations along with what existing teams are doing to try and come up with an amount that realistically represents the costs involved. Luckily, many of the teams publicly file financial statements, so we can go through with a fine-toothed comb to see where every penny goes.

Prior to 2021, F1 teams spent as much as they could afford on developing the best possible car. Mercedes spent circa $450 million on development in one year alone, while other teams were spending $200-300 million. But this meant the same teams were dominating the grid year after year because they could afford to pay more.

The cost cap is gradually reducing to give the larger teams a chance to bring their operations in line with the new costs. Reducing from $450 million to $135 million is no mean feat, and may involve huge restructures. If you’re planning on starting your own F1 team, getting your structure right is of the utmost importance.

You want to keep costs as streamlined as possible to maximise the available spending for performance. Seeking advice from a financial consultant is one of the best ways to maximise business performance, especially when you’re working with the vast sums of money needed to build an F1 car.

The car is the most crucial part of a successful F1 team, so you’re going to need to splash some serious cash. Here’s a breakdown of the average cost of the main elements:

See also  What Can A Car Accident Attorney Do For You

F1 cars are true feats of engineering, using some of the most advanced techniques and materials in the world. Of course, finding the best engineers to build them and elite drivers to drive them doesn’t come cheap either.

The costs are mounting eye-wateringly high already before you’ve even faced the first major hurdle: An invitation to race and the associated entry fees.

One of the first bills you’d need to pay is the $200 million dilution fee to the Fédération Internationale de l’Automobile (FIA). This gets split between the 10 existing F1 teams to make up for the loss of TV airtime, media coverage and sharing of F1’s revenues caused by a new player entering the paddock.

Of course, you’d need to convince F1’s stakeholders that you’re a worthwhile competitor in the first place. The standard in the championship is high, so you need to demonstrate that you can meet it.

Let’s look at the recent Andretti bid as an example. Even as an Indy Car champion with a huge name and an even bigger American following (F1 are trying to break into the American market in a big way), the bid to start the Andretti Global F1 Team isn’t going without its hitches. Why? Well, any new team needs to show they can add value.

This all links back to the Concorde Agreement, which was put in place to define how money is distributed amongst the 10 incumbents already holding office in the F1 arena. It’s a way to protect the teams and give them an element of stability.

Any new F1 team would need to prove they’re a sustainable franchise, which can run like a business and, hopefully, make a profit. As we’ve seen with recent bids, including Andretti Global, getting your invitation is a tricky and expensive manoeuvre.

Toto estimated it would take a newcomer $1 billion to start racing at the front of the pack. And it’s easy to see why. With the leading teams previously spending circa $400 million per year just on developing and improving their cars, we’re talking huge amounts. The 2022 price cap has dramatically reduced this figure to $140 million, but it’s still not exactly pocket change.

See also  How to Insulate a Garden Shed

With some teams having larger staff numbers, highly-paid drivers and differing overheads, there are huge fluctuations to consider when trying to enter the F1 game. At a bare minimum you’re going to need:

On top of these, there are other elements not included in the price cap. Marketing costs, sick pay, maternity/paternity leave and staff medical benefits come from a separate pot to ensure staff aren’t penalised by the cost cap. Of course, you’re going to need offices, facilities and factories for your staff to operate from.

When you factor all of these costs together, the $1 billion quote somehow doesn’t seem so far-fetched, especially if you want to get to the front.

With all things considered, you’re looking at a minimum of half a billion dollars to get yourself into the F1 game. You’d also need to secure a coveted invitation to race. A new F1 team hasn’t joined since Haas came along in 2016, so it’s not something you see every season.

That said, there are spaces for 3 more teams, according to the regulations. So, in theory, It’s possible to start your own F1 team. You just need to successfully go through the lengthy FIA evaluation process and have a few hundred million going spare each year. No wonder they say the easiest way to become a millionaire in racing is to start as a billionaire! Do you get more selling your car privately?

How to Insulate a Garden Shed

Developments in Smart airports Industry in 2022 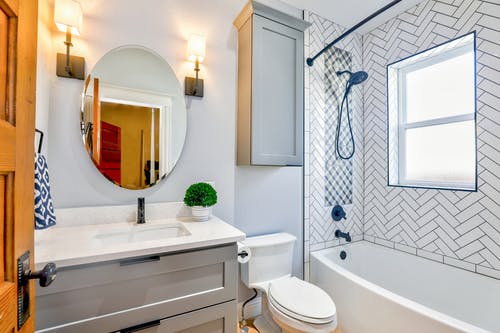 Why a Bathroom Remodel is a Great Investment

This site uses Akismet to reduce spam. Learn how your comment data is processed.